RIM has now started selling TV shows, music and movies on their BlackBerry World store ahead of the launch of BlackBerry 10 which takes place later on today. 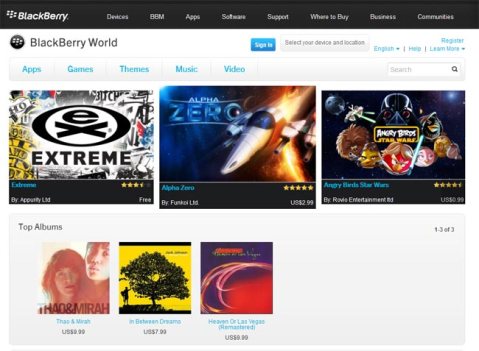