“In a 32-page order filed today, the judge said she predominantly agreed with the jury’s decision that Samsung infringed on seven of Apple’s design and utility patents,” Kerr reports. “However, she disagreed with one finding — that Samsung “willfully” infringed on Apple’s patents.”

Kerr reports, “What this means is that Apple will now be unable to triple its damage awards. If Koh had agreed with the jury on this decision, Apple could have collected up to as much as three times in damages from Samsung… Koh wrote in her ruling that in order to find Samsung willfully infringed on the patents, Apple would have to prove “by clear and convincing evidence that the infringer acted despite an objectively high likelihood that its actions constituted infringement of a valid patent.” Samsung has argued that it didn’t think Apple’s patents were valid and therefore didn’t believe it was infringing.”

MacDailyNews Take: And, so, using logic, something with which Lucy is obviously completely unfamiliar, all patents are therefore rendered meaningless because you can do what’s pictured below as long as you claim “uh, duh, you honor, we didn’t think the patents were valid.” 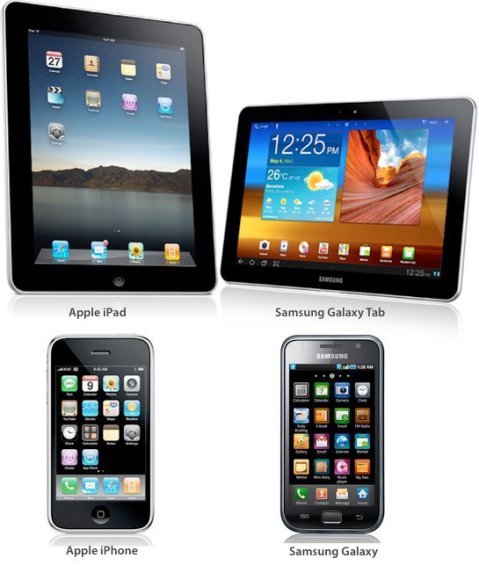 Samsung decided to commit this wholesale theft of Apple IP gambling that they’d make far more than they’d have to pay in punishments and, so far, it’s looking like they made a good bet.